Psychological Rejection And The Election 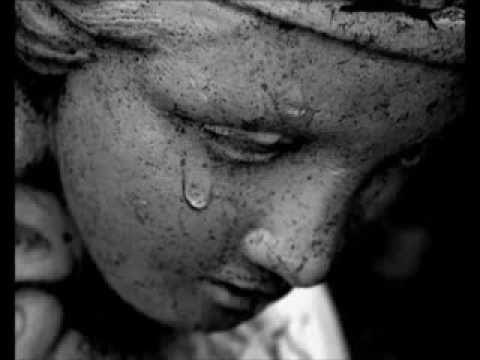 This is a blog post for two of my friends.

The thinkpiece-writing world continues to struggle in vain for viable explanations of the Trump "phenomenon."

My preferred explanation that a popular television personality won an election by telling a lot of people what they wanted to hear. It's not even an American precedent. Remember Ronald Reagan? Remember Arnold Schwarzenegger? Al Frankin? We don't need a more complicated explanation for Trump "ism" than that. People got tired of voting for shysters in suits, even pantsuits, and decided to go for a TV personality instead. Plus ça change, plus c'est la meme chose.

But the explanations continue.

One of the more interesting explanations I've read about - from folks like Jeffrey Tucker, for example - is that the voting public rejected a Hillary Clinton presidency, along with everything that represents. The argument is that Clinton was the worst kind of Washington insider: secretive, cronyish, corrupt, and motivated more by her own private financial interests than by a desire to serve the public. She was said to have been cavalier about toppling Middle East dictators and plunging innocent people into failed states. She help the US government sell white phosphorus to Saudi Arabia, which it later weaponized and used in its campaign against Yemeni factions. She was, in short, the worst kind of Washington insider we could ever imagine electing. Or at least, that's how the argument goes.

For the record, given the small margins by which US presidential candidates typically win popular votes, I think this case is grossly over-stated. But it is a compelling story, at least.

In light of this concept, I started thinking about the reactions we've observed from people who worry about a Trump presidency. Yes, there are the protests and the occasional riot, but those are less significant to me than the tears, the candlelight vigils, the deep sorrow and pain that some feel at the prospect of a Trump presidency. There have been many credible reports of people in the transsexual community contemplating suicide. Children of racial minorities have reportedly been in tears, worried that the storm troopers will come for them, or for their parents.

One of the reasons I think we've seen this reaction is that, for many people on the left, rejecting a Trump presidency would have been the same kind of repudiation of a set of ideas that Tucker and others talk about when they say voters rejected Clintonism. Think about it: if your highest ideals involve racial and cultural inclusion, and kind and gentle speech, and a commitment to the idea that "rhetoric matters," then the 2016 election might have represented an important opportunity to reject the kind of racist thuggery that many of us believe has dominated American politics for a long time.

It's understandable, then, that such people would react as they have. Their opportunity for transcendence suffered a total defeat. And it was, make no mistake, a religious belief that they held, dressed up in all the same language and motives.

I'm an individualist, which means nobody agrees with me, and this sort of systemic moral failure happens to me literally every time there's an election. It's old hat to me. The faith some of these left-leaning people have in government has been lost to me for years, decades. Wouldn't it be wonderful if we were all less collectivist, less enthralled by identity politics, less narcissistic, less unkind, more open to hearing new ideas, more receptive to criticism, less inclined to reach for a Big Stick when someone stands athwart of our objectives? Wouldn't the world be terrific if it were a completely different place?

This is the sort of false hope that arises when people lack a true religion, and probably explains why I get along better with social conservatives than I do with social liberals, even though I am more inclined to agree with social liberals. Religious people already accept that humans are sinners and that the only way we'll experience Paradise is if the big man upstairs decides to extend us an invitation. Another way of putting this, in Lacanian language, is that social conservatives are better equipped to deal with lack.

Social liberals, by contrast, tend to be secular people whose only hope of experiencing a better world is to make it happen in the here and now. I sympathize with them, but they're doomed to be disappointed for their whole lives because they've failed to absorb Lacan. They can't deal with lack. When a person like Trump wins an election, it's a terrifying and humiliating defeat, an interruption in the great course of Progress, which they hope will lead them to Paradise.

It is a silly vision. And if you're an atheist like me, you're inclined to disbelieve liberal transcendence for the same reason you disbelieve the Judeo-Christian world-view: It's a nice story, but it ain't gonna happen.

At least the conservatives have their faith, though, and that helps them through the rough times.