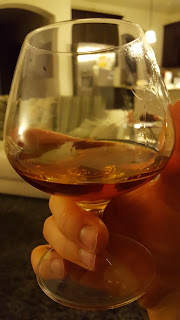 Maybe there are people out there who are so in-tune with themselves from the time they are born that they never have to wind through the same kind of endless journey of self-discovery that I have. If you're one of those people, I have two things to say to you.

Embracing my inner weirdo has been something of a calling card of mine. From an early age, I figured out that I am not one of the usual suspects. When you read things about "the average person," or "most people," or "a reasonable person," you are reading about people who are very different from me. I used to jokingly put it this way: I'm the exception to every rule, including this one.

Thus, I found it rather surprising when I was talking to someone recently, and she suggested that much of my motivation involved conformity. Who, me? Conform? Never! I'm the exception to every rule, including this one! I'm a rugged individualist, a man committed to being exactly who I am, to hell with what peer pressure I might face or what influence other people might seek to have over me.

The (possibly inevitable) catch-22 escaped me for years: Even he who seeks only to be himself craves acceptance on that level. That is, just because a person wants to be individualistic doesn't mean the person has no desire for social acceptance. In the extreme case, such a person could really make himself miserable by always impressing upon people how different he is, and always facing the disappointment of social stigma or rejection. In the milder case, they're simply two separate concepts, being oneself on the one hand, and being socially accepted on the other.

Some people seek social acceptance by changing themselves. That kind of person always played the villain or the victim in the stories I've told myself. How could anyone sell themselves so short with such scant compensation? All the while, the more interesting concept was flying right under my radar. Some people, present company included, seek social acceptance despite refusing on principle to change themselves in order to attain it.

Of the two kinds of people, which do you think is the bigger sucker? Maybe I'm just self-flagellating here, but I'm inclined to think it's the second fellow.

Well, that one's my albatross to carry around. What I wanted to share with my readers, and what I believe is far more universal, is this: Some people won't accept you, no matter who you are or what you do. There are people who hate David Bowie, even though he's David-freaking-Bowie. They can't be appeased. You can't be a better version of David Bowie in hopes of making them happy about it. They'll never be happy about it. It's not a problem with you, it's a problem with them. Perhaps it's just a different set of values.

You might instead be able to practice recognizing these people, or these situations, early. Take notice of the ones who won't be happy with you as you are or as you might be. When you find them, just let it go. Let the whole thing go.

You can't teach a bear to speak Japanese. Convincing some people to be happy about who you are is like that. You won't convince them because not only is it a foreign language, it's a foreign language in a different species' vocal cords, owned by someone whose motivations are nowhere in the same neighborhood as yours.