A Message To My Prior Self -- Hair Edition 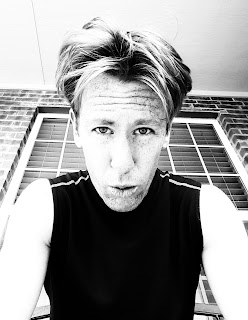 In my early twenties, I somehow managed to apply my will power to the project of growing my hair out. It took a long time, but eventually it grew out to the point where it could be considered “long hair,” could be assembled into a ponytail, etc. It only lasted this way very briefly, though. In a fit of self-consciousness, I shaved it all off and went back to short hair from then on out. From time to time, over the ensuing years, I’d attempt to grow it out again, quickly grow frustrated, and let it be short.

I most recently shaved my head last summer. I can’t really recall my reasoning, other than that I wanted a change. As it grew back out, I kept the sides short and let the top grow, until it became what they refer to in haircutting circles as an “undercut.” At that point, my wife suggested that I let it grow long and see what happens. I’ve been growing it out ever since.

There are a few things I’ve learned from this, which I’d like to share with all those who might consider growing their own hair out in the future.

First, there is no “awkward phase.” More precisely, nobody cares what your hair looks like, as long as it’s clean and combed. When your hair is short, you can put some gunk in it and mess it around, and it looks good no matter what, because that’s the style: messy. Once it achieves a critical length, you can start combing it. Comb it back, to the side, or whatever else. Whatever you do with it, it will look like hair that you take care of. It might fall short of your GQ Magazine dream, but no one is really evaluating your sense of style on that level. So, just relax about awkwardness. If you stand up straight, and comb your hair, it will only be as awkward as society’s tendency to weigh in on your hairstyle, which society almost never does. So you’re good.

Second, starting with an “undercut” was a good idea. I remember that the first time I grew my hair out, the back and sides always appeared longer than the top, risking a sort of mini-mullet look. That look persisted until my hair got long enough to need to be cut, mostly to correct this very problem. But starting with an undercut type style ensures that the top is always a bit longer than the back and sides. As it starts to grow longer, everything will have an overall more natural appearance, almost as though it’s all closer to one length (even though it isn’t). I wish I had had this foresight in my early twenties; if so, I might have had long hair for many years.

Third, you only need enough patience to grow your hair out to the point that it looks like it’s being grown out. After that, the eye perceives “long hair,” even though it’s short. Put another way, short hair that has grown too long looks messy; but long hair that isn’t long enough still looks like long hair. It took me roughly 9 or 10 months to get to this length, again, from a starting point of “completely shaven.” But a lot of that time was easy to sit through because I had clean-cut short hair styles during the period of growth. So it’s really powering through 2 or 3 months of final growth from “short hair” to “longish hair” that requires any patience. If you can keep yourself busy for those 2 months, then you’ll finally reach a point that requires no additional patience.

Email ThisBlogThis!Share to TwitterShare to FacebookShare to Pinterest
Labels: Everything Else