No, I Am Not Starting A New Blog 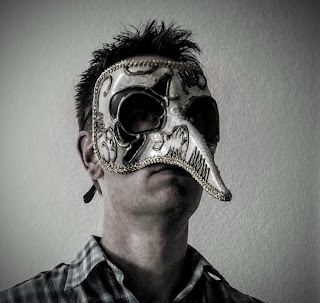 The rumors are false. And also non-existent. But that's my answer, and I'm sticking to it.

Every "successful" blogger of which I am aware has practiced a technique that is common-internet-knowledge for reaching a large readership. They start a blog, learn the ropes, then close shop and start a brand new blog with a narrower focus. I don't know why this works, but it does. Everyone does it.

I could have (should have?) done this years ago, and I'd probably be a much more successful blogger, if success is based on how many people read my blog. It's not that I'm lazy and it's not that I just never got around to doing it. It's also not because I'm not internet-savvy. (I know it's hard to believe when you look at the design and layout of the blog, but...)

I have my reasons.

One reason is because I don't really need a large readership. The way I see it, if I were writing things that were important to other people, they would read them. Occasionally "bloggers of note" have linked to my blog. Occasionally famous musicians have. Occasionally people I respect beyond all respect have done so. I'm flattered. Whenever it happens, my blog experiences a surge in traffic that eventually dies down. This suggests to me that only a very few of my blog posts are interesting to the public at large. I like writing those posts, but they're not the only kind of posts I like writing. The most important posts to me are probably irrelevant to almost everyone else.

That's okay. Stardom is not appropriate for all people. I'm happy if you like my blog, but I'm not writing to optimize my MAX(readers) function.

Another reason I don't start a newer and better blog is because I believe there is a conflict of interest between popularity and truth. The minute I decide to be a more popular person is the minute I decide to craft posts with something other than my honest, authentic thoughts in mind. To be sure, not every thought belongs out in public, and there is such a thing as being authentic to a fault. I try to do enough self-censure to avoid saying anything I wouldn't say in a room crowded with people I love and respect. It doesn't always work out that way, but I'd rather err on the side of authenticity and later own up to my mistakes than err on the side of promoting a false image of myself as an incredibly interesting and popular person. That just ain't me.

Finally, and most importantly, the reason I don't start a new blog is because it would sever the continuity between my past thoughts and my current thoughts. Ultimately, at the end of the day, this blog is a record of who I was and what I thought - and believed, and valued, and held dear - that my daughter can read and try to understand, should she ever want to. I may not always be there to explain things to her. Maybe I will be there, and I might try, but I might fail. She may reach an age when she decides she just doesn't get me, and I can say, "Well, sweetheart, start here. This is the best way I remember ever trying to say this."

I want all that information in one place. I want people (such as my daughter) to know that it all came from the same person. I want my mistakes to be easily located, and the evolution of my thoughts to be as clear as they could be. I want to maintain the conceptual continuity between disparate blog topics like running and economics and music. I have often written things that I didn't even realize were important until, in the context of a conversation two years later, I realize that I wrote something relevant, and I can say, "Hey, I wrote something about this - check it out."

In short, I want to leave a paper trail. It wouldn't be intellectually honest to interrupt my train of thought with the advent of a new blog and a new brand. I don't have the world's strongest brand, but I do have a brand that is appropriate to who I am and what I want out of blogging.

I am a nobody, and my thoughts are those of a nobody. There are millions of people out there whose thoughts are as irrelevant to you, and to "the world," as mine. Some of those people live in foreign lands about which you may have some preconceived notions. Some of those people might live next door to you, and you had no idea they thought those things. If you have something in common with me, you might have something in common with that person you hardly noticed before. Maybe it's a potential legendary romance for you, or maybe it's something that could alter your political or religious or philosophical perspectives if you actually had a long conversation with that person.

That kind of idea is interesting to me, and I think if it were more widely appreciated, the world would be a better place. We can make the world a better place by being better people. That's what it's all about. Better people, though, not different people. I'm not starting a new blog.