Money, Investments, and "The Average Person"

The average person doesn't know how to invest.

When it comes to money, the average person is an abject failure. If this is true, then why do so many people succeed? More importantly, what is the difference between a good investor and a bad one?

My Rich Dad, Poor Dad Moment.
Over the years, I have met many different people and have encountered many different philosophies when it comes to saving and/or investing money.

Some people religiously deliver a certain percentage of their paycheck immediately into a savings account; they call this "saving," and they believe that they will somehow be able to afford a retirement if they keep doing this. They're wrong; central-bank-driven currency inflation wipes out more than the low rate of interest they gain from the typical savings account.

Some people count on a pension from their employer, but in this economy and according to modern hiring practices, it is probably best not to assume that we'll all work at one job, for our entire lives, and draw a nice, cozy pension beginning on our 65th birthday.

So most people start looking at 401k plans, IRAs, mutual funds, and the like. Some of these investments makes money, some of them lose money. In the end, these folks make a modest sum and, unless there is some radical change to the way our economy works, will manage to save enough to experience a "normal" retirement, consisting of having less money than they thought they would have, and maybe end up in a retirement home funded by their children. If they had children.

Then there are people who are just... different... 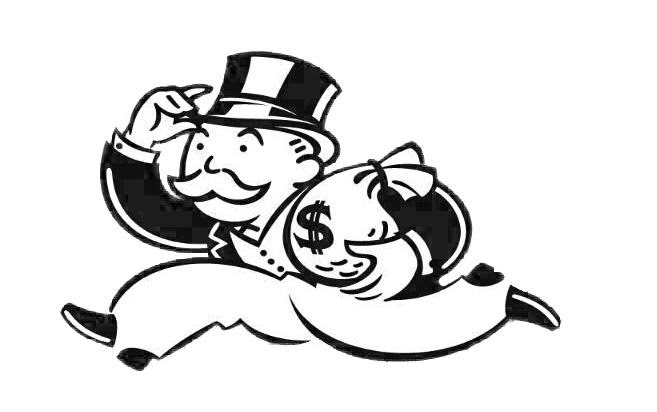 The most successful people I know all share a pretty interesting world-view with respect to money.

First of all, like the pious savers I mentioned above, these successful people seem to be almost obsessed with getting a bargain. If they find they could have saved more money buying something at store A rather than store B, they curse themselves. If they manage to catch the lowest possible price for something, they beam with pride and brag to all their friends. They then share their good fortune with others in the form of letting everyone in on the "secret" of where the lowest price is. It good be something relatively sizeable, like a computer, or it could be something trivial, like underwear. What matters is that it can be had for the lowest possible price. Frankly speaking, I don't know any legitimately rich person who isn't always on the hunt for a bargain.

This observation inspired me to state my First Postulate of Being Rich: You don't get rich by throwing your money away needlessly.

Like our pension-earners above, the rich people I know make employment contract decisions based on the total offering of the company in question. If the company offers a nice pension, that fact will enter into the successful person's decision-making process. Unlike our pension-earners, though, the successful people I know will consider the total package. That consists of all salary and fringe benefits, health insurance, vacation time, pensions, and cost of living involved. In addition, a successful person won't stick with a bad company just to get a good pension. A company that will screw you will also screw you out of your pension. A company that is bought-out by a larger firm and subsequently downsized will only sometimes honor pension commitments made earlier.

I know lots of people who have stuck with bad companies in hopes of ending up with a good package. Most of them never get it. A successful person knows when to cut-and-run.

All of the successful people I know are heavily invested in 401ks, IRAs, CDs, mutual funds, stocks, and so on. But, only few of them rely on this as being their source of retirement income. Most successful people expand into entrepreneurial areas. They invest in properties or businesses. They seek out ways of making supplemental income - especially passive income streams. They set aside some money in a safe place, and put the rest into investment situations that yield good returns.

To put it concisely, they diversify and hungrily look for the next opportunity to earn a return.

Conclusion
Life is about more than money, but of course that's easy for us to say when we're young, employed, and have only modest expenses. Notwithstanding all the other things that take up your time, saving money to improve your lot in life and to cover all the foreseeable expenses you and your family (present and future) will face is a fundamental responsibility that we all face. Because at least some of life is about money, it's important to adopt the right strategy. Don't put all your eggs in one basket. Don't assume that just because you put something in a savings account it will be enough when you face a major expense. Don't assume that someone else is going to take care of everything.

Take responsibility for your expenses by saving, investing, and planning for even more saving and investing.