To Hell With Doubt 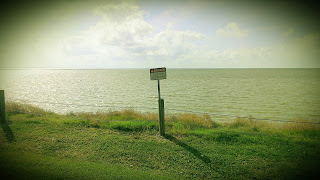 Doubt creeps in subtly and unexpectedly.

The first thing it tells you is that you don't have time like you used to. When you were younger, you could afford to dedicate innumerable hours toward an important achievement. But, you're older now. You have other obligations, other responsibilities, other things that require your time and attention. It's easy to believe this, because for most of us it is literally true. To accept it fully, however, is to lock yourself into the belief that you will never have enough time to accomplish something you want to do. Never. Should you believe it?

Next, doubt tells you that you're getting old. This one, simple, plain fact is supposed to account for most of your shortcomings. As an older person, your body is slower to bounce back from physical exertion, and from that we are supposed to understand that your body simply isn't capable of doing certain things. Because you're old, you're presumably less in-tune with popular things, and hence whatever you might want to create in terms of art must only appeal to old fuddy-duddies. You can't do something creative that will hold any kind of real appeal to anyone, says doubt, because you're just getting old. According to doubt, you can't travel like you want to and experience the things out there that you've always wanted to experience, because your position as an older, more mature person apparently precludes such pass-times. Age is the great, cosmic "NO!" in the sky, arguing against absolutely everything you wanted, but failed to achieve before age thirty.

After that, doubt need not really tell you much more. Your mind does the rest of the work. Every day you lose to household chores or familial responsibilities becomes further evidence that you "just don't have time" to do what you want to do. Every ache and every pain is something you hold as a testament to your decrepit and decaying body. Every new hit song you don't immediately love is a reminder that you're out of touch. Every photo album from every young person on a backpacking trip is a declaration of what you yourself will never be able to do. You're done, you're sunk, your life is over. Doubt, doubt, doubt...

Consequently, you double-down. If you can't beat 'em, join 'em. If someone else dares to dream after a certain age, you think she has her head in the clouds. If someone else chooses to invest time in a beloved hobby, rather than in debts and expenses, then you choose to see that person as immature. If someone else goes out and does something, you tell yourself that it's a risk that older, more mature people can't afford to take. At first, it was doubt telling you all these things, but now you've become doubt. In the worst cases, the disease spreads to other people.

With a little effort, you may remember what it was like to go galavanting outside in the snow even though it was cold, like you used to do as a child. You don't have to do childish things, but wouldn't it be nice not to be cooped up in the house all day? Wouldn't it be nice to be at least carefree-enough to make better use of your time?

With a small degree of organization, you might very well be able to figure out how to get the lawn mowed, and get the kids to baseball practice, and read that book you've been meaning to read. You might find that you do indeed have a couple of hours a week to use for that night class you've been interested in, or to just head out to the pub with some friends and relax a little.

With some extra planning, you might figure out that a couple of weeks on a motorcycle in Mexico will not interrupt your long-term savings plan, nor will it comprise a risk to you that you can't undertake.

Throwing caution to the wind a little, you might discover that no one laughs at you when you go bungee jumping, or play in a band, or start designing jewelry in your basement, or whatever it is you like to do.

In fact, you might very well discover that by choosing to live your life according to what seems good and interesting to you, rather than what you doubts prevent you from doing, you'll inspire other people to do the same.

And maybe, just maybe, the world will become a slightly better place.